Diego Maradona has been appointed as chairman of Belarusian top-flight side Dinamo Brest.

Diego Maradona has been appointed as chairman of Belarusian top-flight side Dinamo Brest.

The Argentina legend, 57, has signed a three-year deal and will take up the role after the World Cup.

Maradona left his position as coach of Al Fujairah last month after missing out on automatic promotion from the United Arab Emirates' second division.

It was the World Cup winner's second managerial spell in the UAE, after spending a year in charge of Al-Wasl.

The former Barcelona and Napoli forward also managed the Argentina national team from 2008 to 2010.

Dinamo are based in Brest, in south-west Belarus, on the border with Poland.

The club say Maradona's role will see him "deal with strategic development of the club". 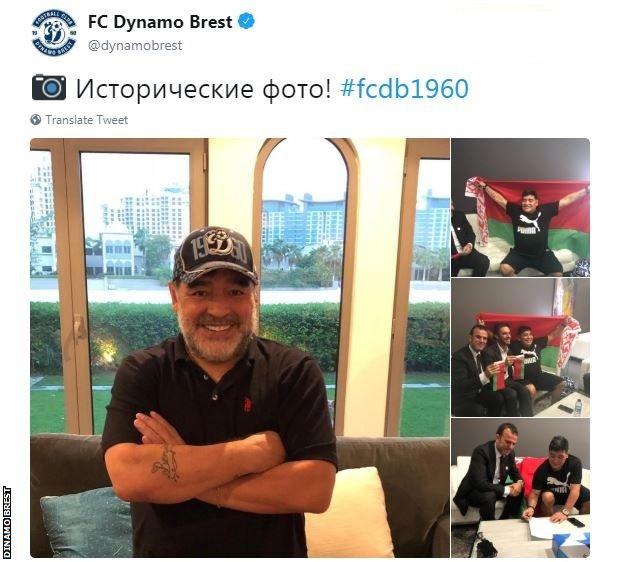