A year ago, the Golden Globes red carpet was a total blackout as Hollywood's A-listers drew attention to the problem of sexual harassment in entertainment and other industries.

On Sunday, the message remained, but the sartorial choices were far more diverse.

Here is a look at some trends from the Globes, the first showbiz awards gala of 2019:

Every color of the rainbow was on display at the Beverly Hilton, from the canary yellow on nominees Claire Foy ("First Man") and Rachel Brosnahan ("The Marvelous Mrs Maisel") to the bold teal Calvin Klein chosen by double acting nominee Amy Adams. 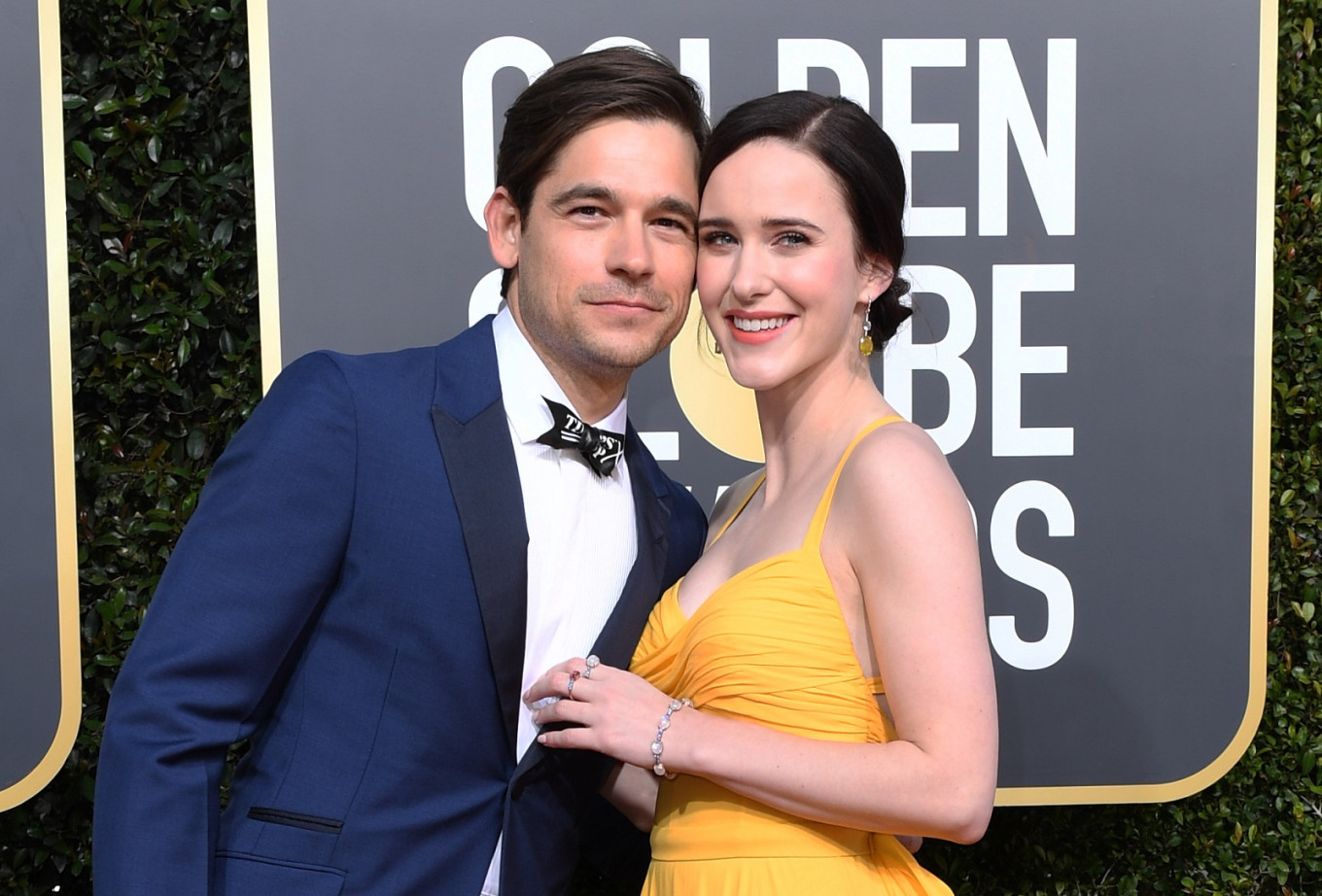 Best Performance by an Actress in a Television Series – Musical or Comedy for 'The Marvelous Mrs. Maisel' nominee Rachel Brosnahan (R) and US actor Jason Ralph arrive for the 76th annual Golden Globe Awards on Jan. 6, 2019, at the Beverly Hilton hotel in Beverly Hills, California.

Lady Gaga, a favorite to take home the best drama film actress prize for "A Star Is Born," stunned in an strapless periwinkle Valentino gown with full puff sleeves and a long train -- and blue hair in a bun to match. 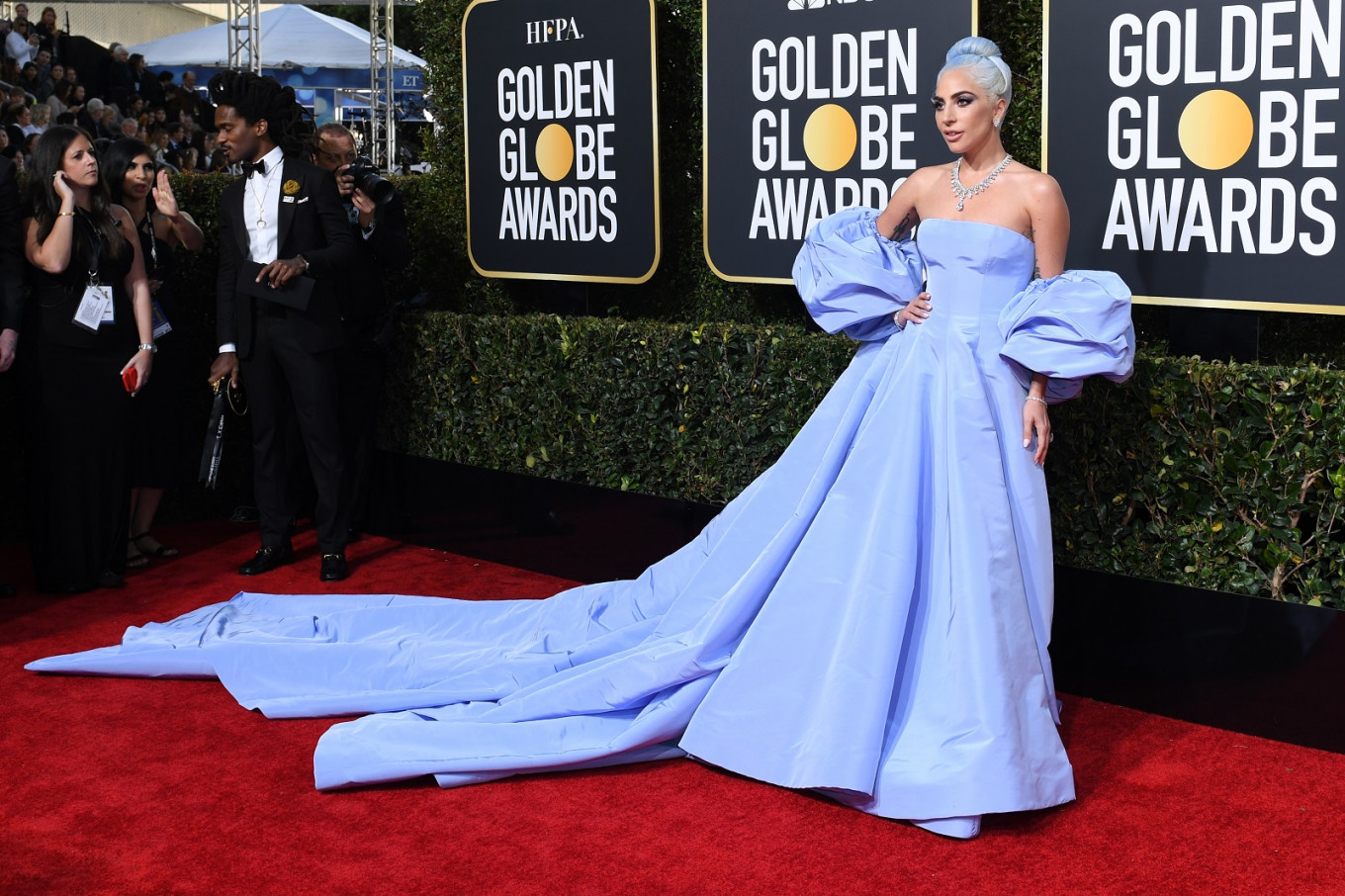 Best Actress in a Motion Picture – Drama for 'A Star is Born' nominee Lady Gaga arrives for the 76th annual Golden Globe Awards on January 6, 2019, at the Beverly Hilton hotel in Beverly Hills, California.

A giant diamond choker completed her look -- seemingly a throwback to Judy Garland's style in the 1954 version of "Star."

Melissa McCarthy, a nominee in the same category for "Can You Ever Forgive Me?" sparkled in deep purple with silver star accents, while Regina King glittered in a shimmering, strapless pink column gown. 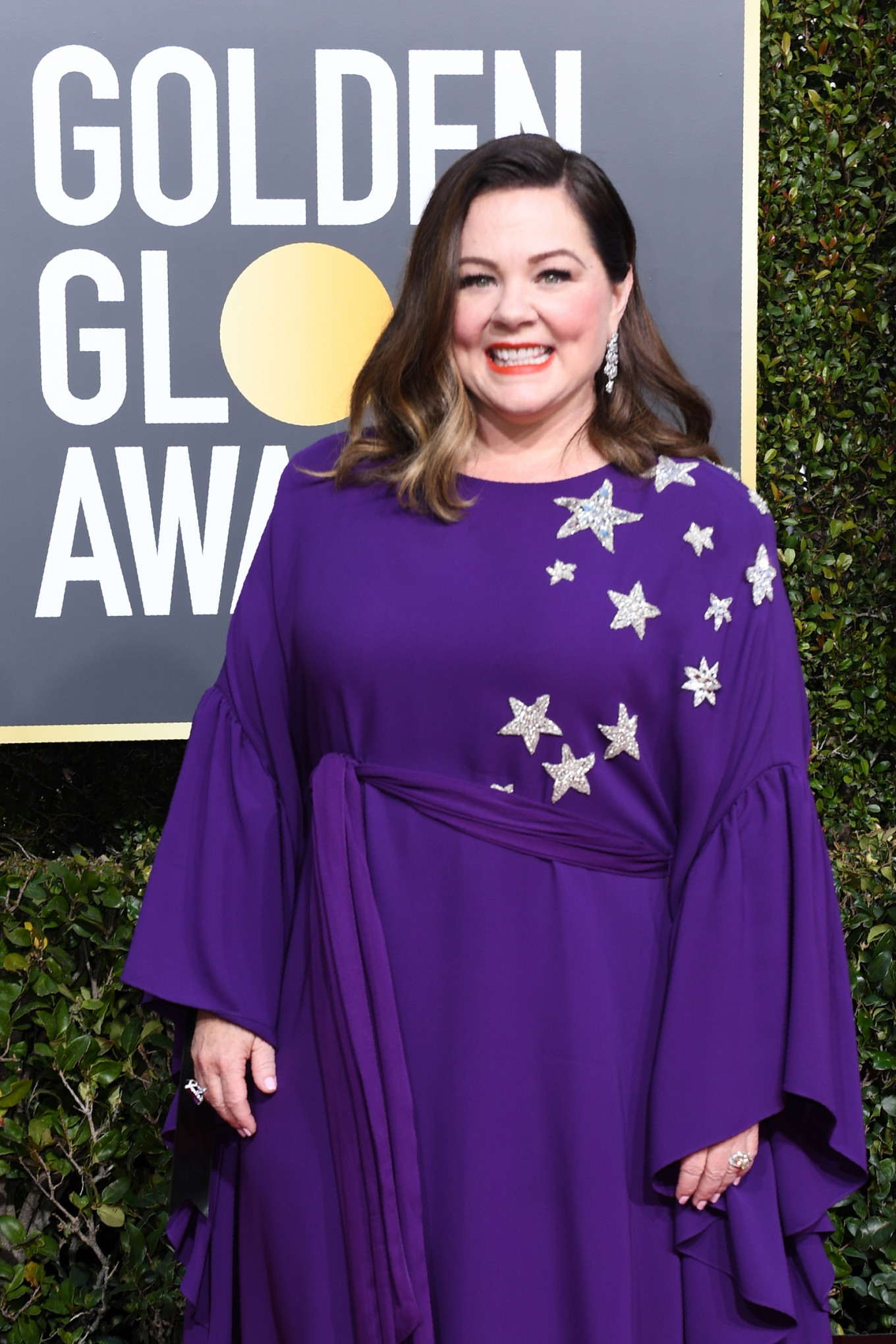 Best Actress in a Motion Picture – Drama for 'Can You Ever Forgive Me?' nominee Melissa McCarthy arrives for the 76th annual Golden Globe Awards on Jan. 6, 2019, at the Beverly Hilton hotel in Beverly Hills, California.

Men rock the rainbow too

The basic black tux was definitely out on the Globes carpet, with Tinseltown's stars sporting jackets in a rainbow of colors. 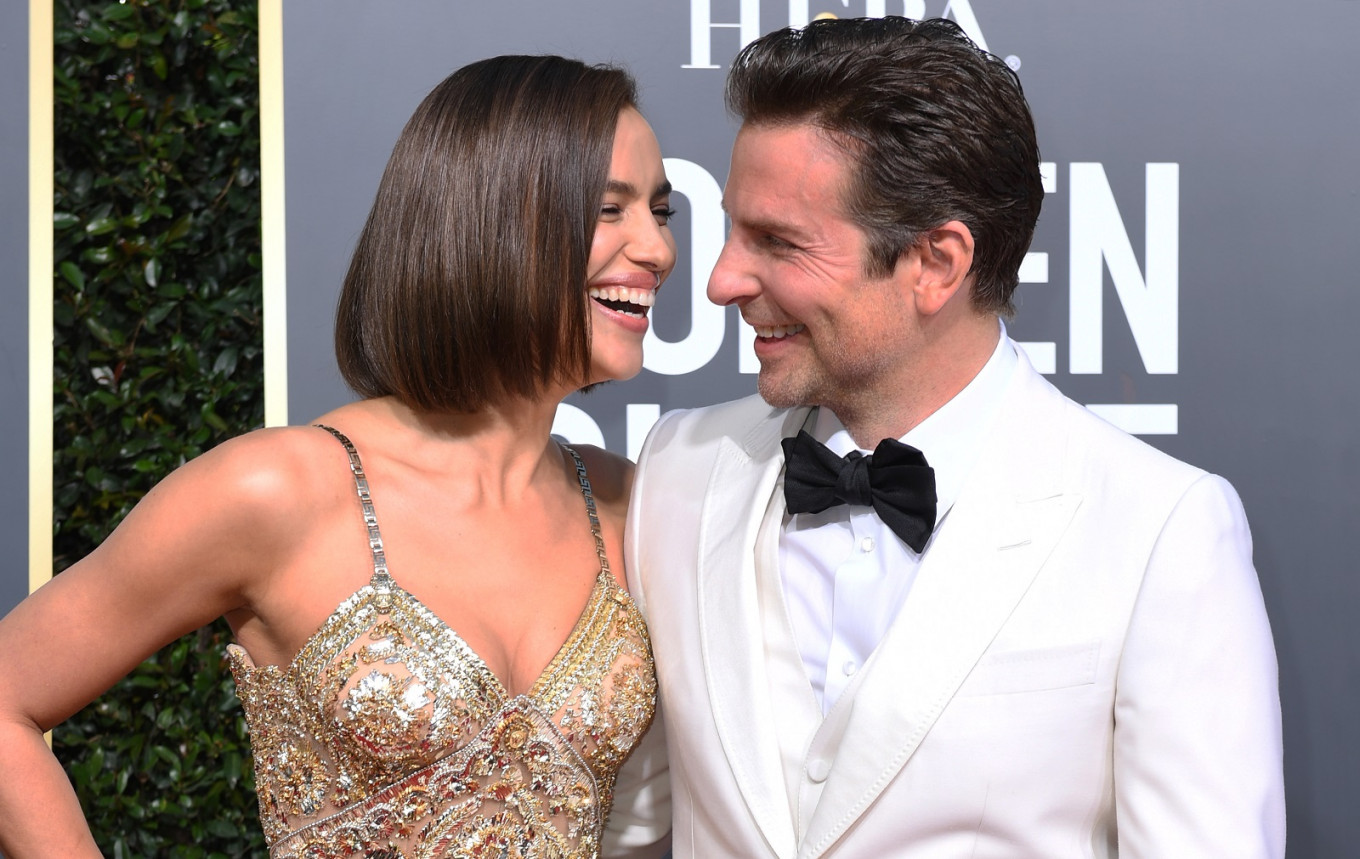 It's been a year since the Time's Up movement to combat sexual harassment in the workplace was launched. After last year's all-black statement, this year is all about the bracelets.

White and black "Time's Up X 2" bracelets were seen on everyone from double nominee Regina King ("If Beale Street Could Talk" and "Seven Seconds") to Elba, whose daughter Isan is helping to hand out the awards.

Others wore pins, or even carried ribbons with the message.

Globes host Sandra Oh, who is up for an award for her starring role in BBC America TV thriller "Killing Eve," swooped her hair into finger waves a la Veronica Lake and donned a white-hot Versace gown -- oozing the glamour of old Hollywood.

Amy Adams -- a double acting nominee for her work in biopic "Vice" as the wife of former vice president Dick Cheney and on dark HBO drama "Sharp Objects" -- wowed in a simple turquoise, off-the-shoulder gown, her red hair also side-swept into soft curls.