Built in a.D. 1784, the summer palace of Tipu Sultan is in the Indo-Islamic style, constructed mostly of teak wood. It is situated outside the fort on the bank of river Kaveri. It is rectangular in plan and stands on a raised platform.

This is our seventh destination on our one day trip to Mysore, India on 15 November 2018.

Tipu Sultan Summer Palace is a place situated in the city of Srirangapatna, near Mysore in southern India. It opens at 9am and close at 5pm.

There is an explanation about the palace here right after you enter the gate (on the left side). See pictures below 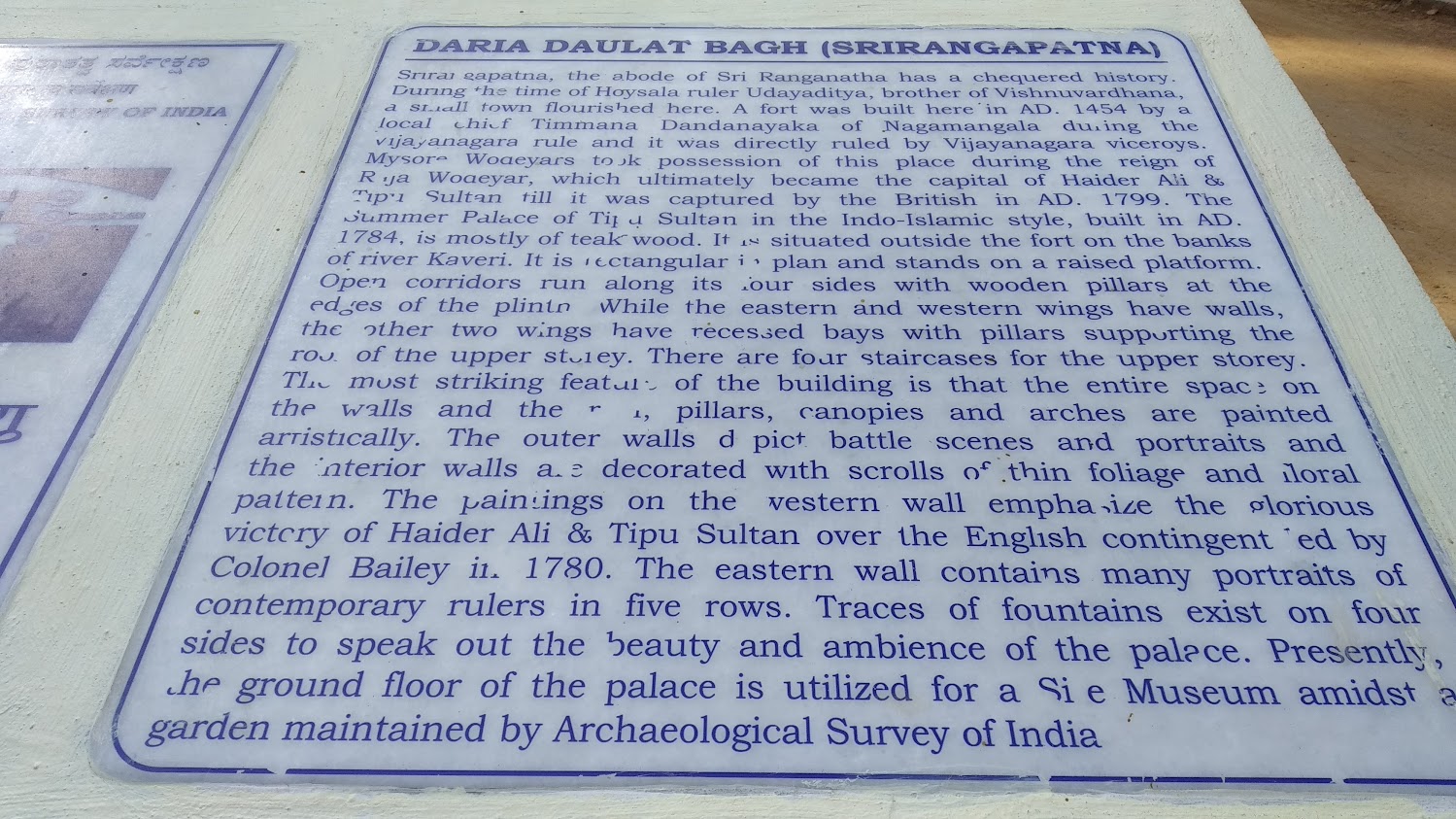 Srirangapatna, the abode of Sri Ranganatha has a chequered history. During the time of hoysala ruler Udayaditya, brother of Vishnuvardhana, a small town flourished here. A fort was built here in A.D. 1454 by the local Nagamangala chief Timmana Dandanayaka during the Vijayanagara rule and it was directly ruled by Vijayanagara viceroys.

Mysore Wodeyars took possession of this place during the reign of Raja Wodeyar, which ultimately became the capital of Haider Ali and Tipu Sultan till it was captured by the British in a.D. 1799. Buit in a.D. 1784, the summer palace of Tipu Sultan is in the Indo-Islamic style, constructed mostly of teak wood. It is situated outside the fort on the bank of river Kaveri. It is rectangular in plan and stands on a raised platform.

Open corridors run along its four sides with wooden pillars at the edges of the plinth. White the eastern and western wings have walls, the other two wings have recessed bays with pillars supporting the roof of the upper storey. There are four staircases for the upper storey. The most striking feature of the building is that the entire space on the walls and the roof, pillars, canopies and arches is painted artistically.

The outer walls depict battle scenes and portrait paintings, while the interior walls are decorated with scroll of thin foliage and floral pattern. The paintings on the western wall emphasis the glorious victory of Haider Ali and Tipu Sultan over the English contingent led by Colonel Bailey in 1780.

The eastern wall contains many portraits of contemporary rulers in five rows. Presently, the ground floor of the palace is utilised for Archaeological site museum amidst a garden maintained by Archaeological Survey of India.

So, this is the palace for the summer session. In front, you will see the large garden and walking through the garden to the palace, you will be passing the pool. But, when we visited there, it was empty and no water in the pool at all, and also that garden feels like savana. Ohh disappointing. :(

The palace itself is amazing. The wall made from the stone and painting. All are manual painting I can say. Like what described above.  It’s really amazing. But the painting color is little bit faded because of the time and visitor who touched. I didn’t blame them, people must be curious if it is real painting or not. Hehe..

Inside the palace, they show some of picts of the Tipu Sultan family, coin, and clothes that used to be worn by The King.

Here are some of the pictures : 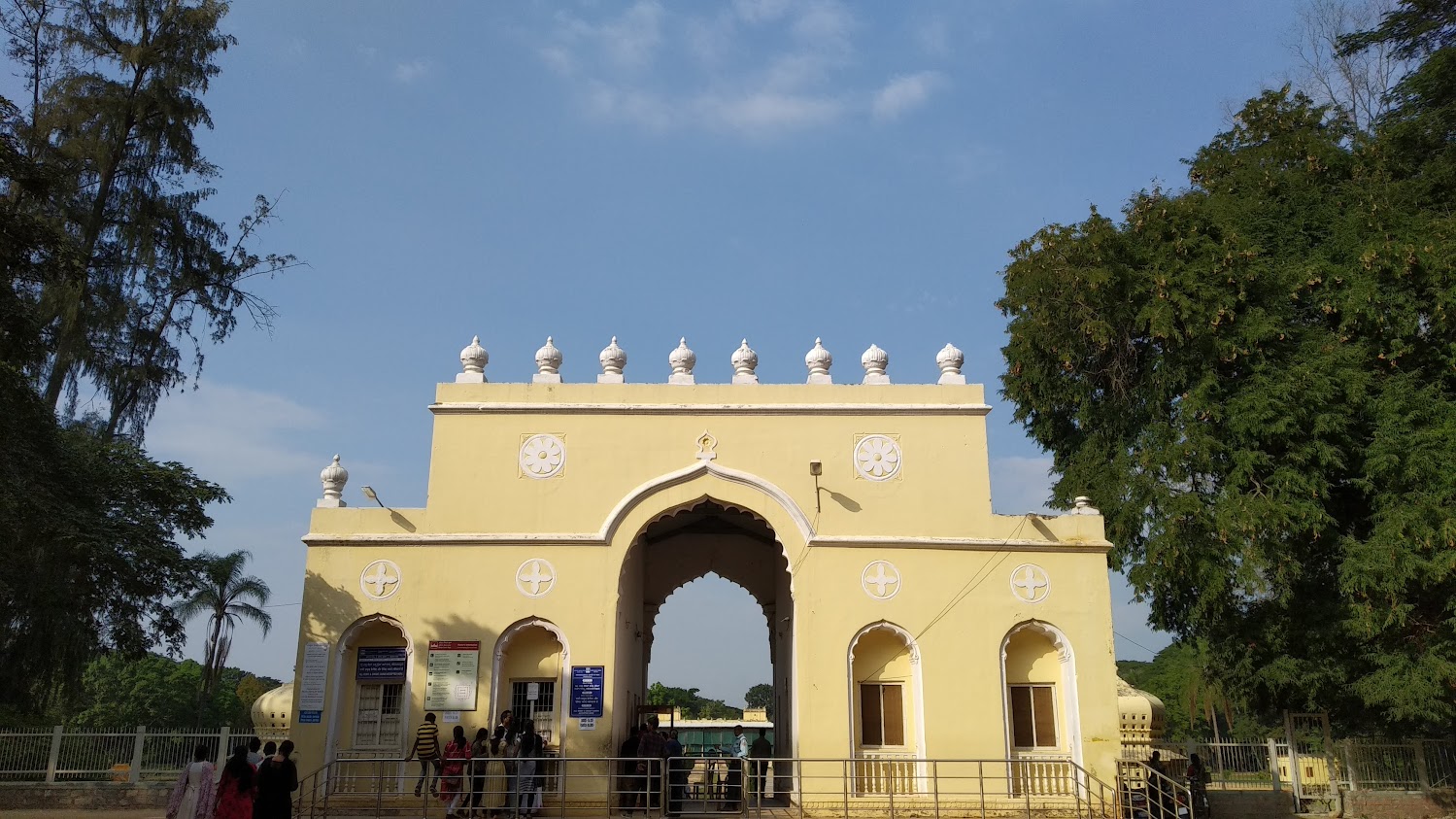 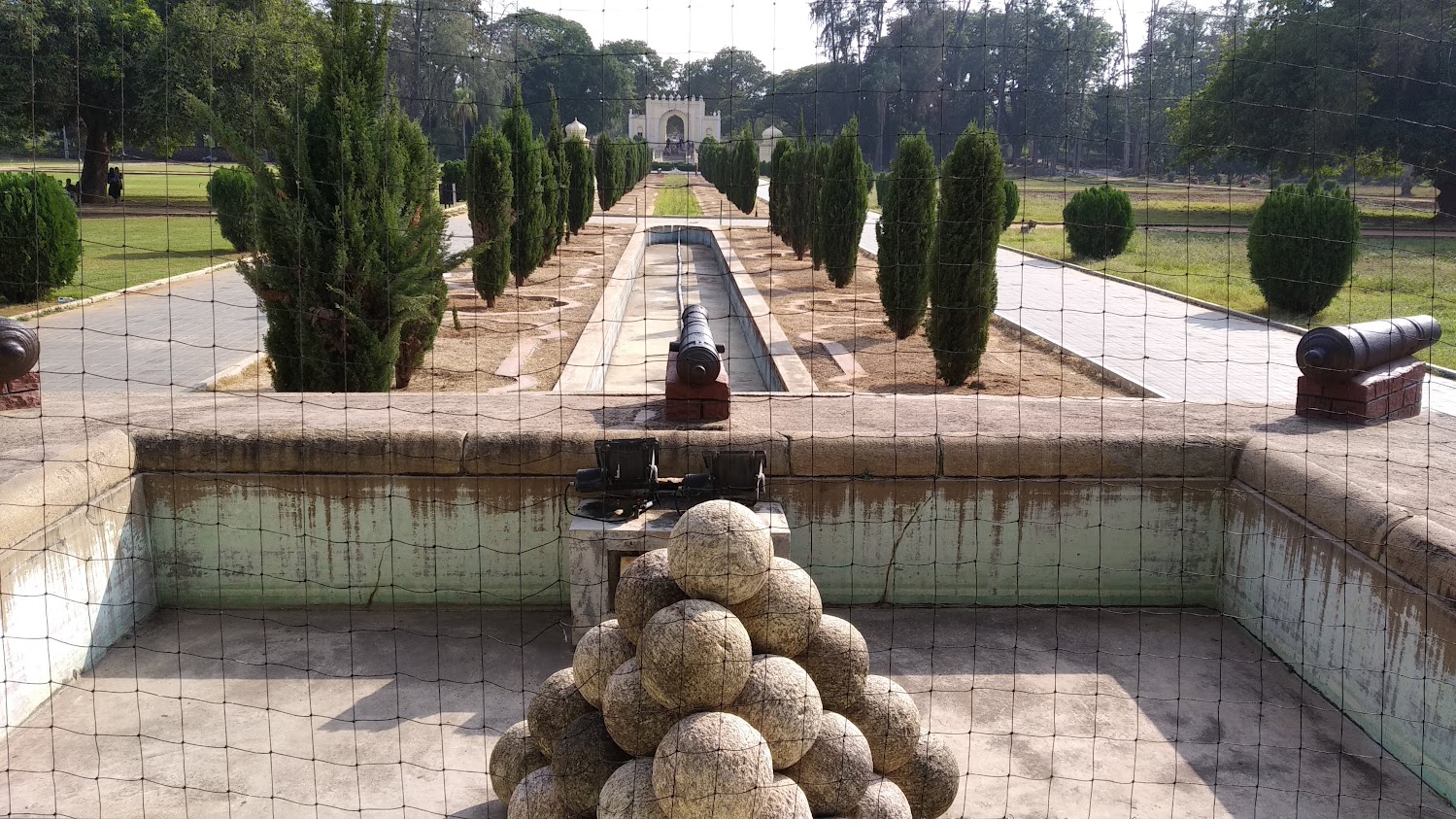 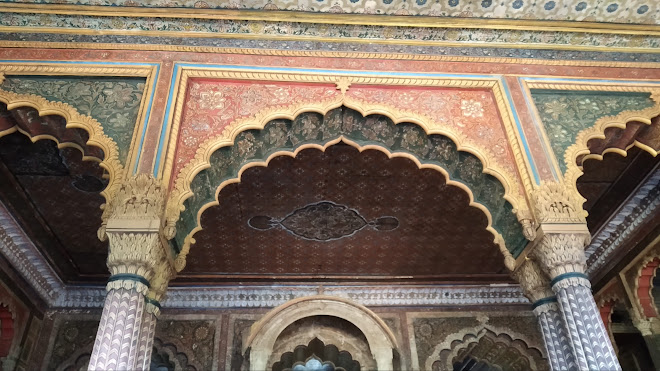 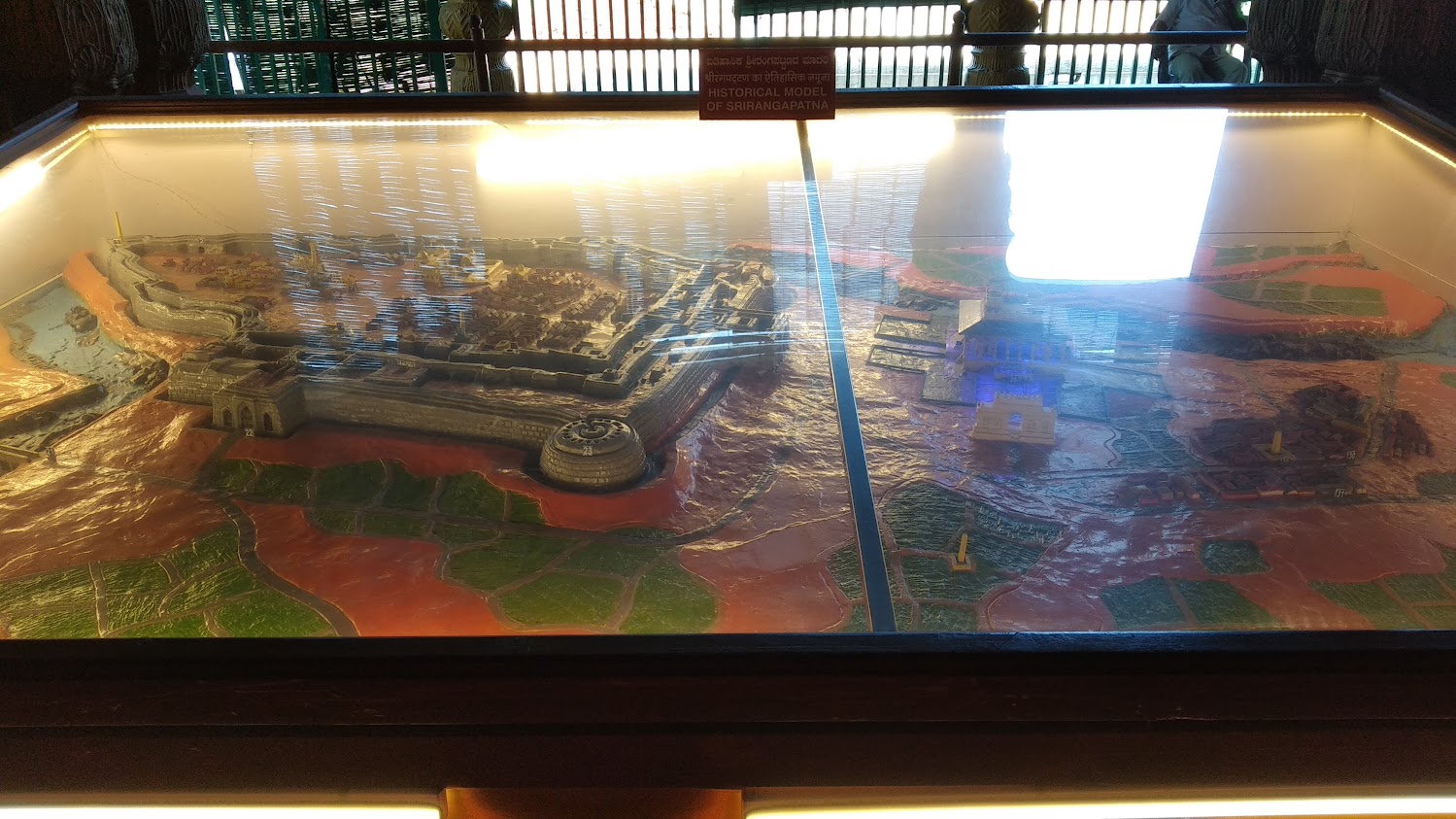 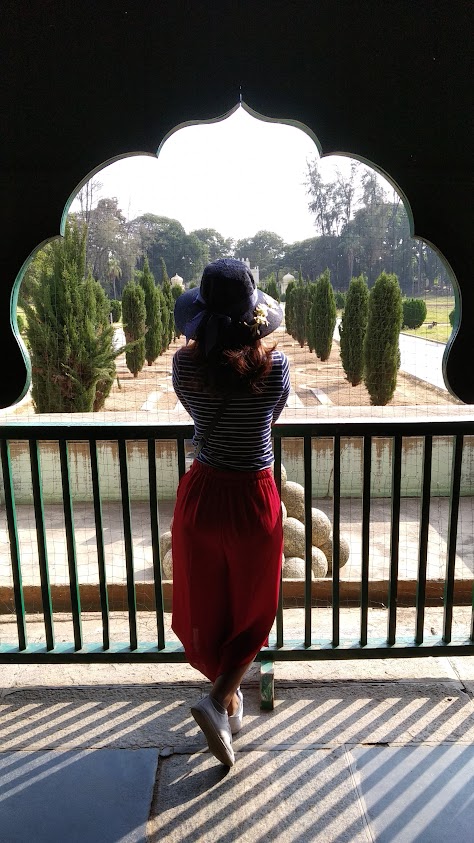 Finally Me!! - My travel diary to Mysore